Parent’s have bought cars for their kids for a long time. For our children, the ownership of that first car is a rite of passage in a young person’s life. This is certainly the case here in Southeastern Wisconsin. A good friend of mine just presented his daughter with her first car for her birthday complete with a bow on the hood. 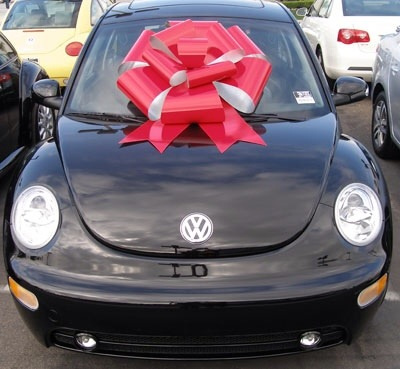 Parent’s usually elect to retain title to their kids’ vehicles-even when they go off to college. My parents were kind enough to take responsibility for my jalopy, a big Black 1965 Chrysler 300, when I took it to school and parked it in my fraternity parking lot. Think Animal House. That car had every appearance of being my car. But I understood that Dad was paying the bills and it was really his until I could pay for it myself. Not sure I ever did. (Thanks Mom and Dad) but who does the law think owns your kid’s Studebelchfire? At least one Wisconsin court has held that despite registration in a parents name some ownership is limited.

Here’s it played out. A young women took “her” car registered in Daddy’s name to college where it was parked for the school year. She got arrested on drug trafficking charges in the car and the State initiated an action to take it . But it’s Dads, right? WRONG! The court in State v. One 2010 Nissan Altima, 2013AP2176, District 2, 6/11/14 (not recommended for publication) held that defendant was the “owner” for the purposes of the forfeiture law. Her argued he was the “innocent owner” under § 961.55(1)(d)2., which provides:

“[n]o vehicle is subject to forfeiture under this section by reason of any act or omission established by the owner thereof to have been committed or omitted without the owner’s knowledge or consent.”(¶¶3-7, 9).

The court rejected this argument. The court held that the registered owner’s financial stake was not more indicative of ownership than the daughter’s possession and control. Read that again. As a lawyer the case tells me that the innocent owner defense probably only applies to car thefts in the future. As a citizen, this case tells you that the government is once again willing to erode your property rights in order to achieve it’s goals. As a parent, it tells you to think twice before buying junior that car.

Eric Did a Great Job for Us

Two of our drivers were pulled over in a truck enforcement sting operation. We were given tickets that were of questionable validity and resulted in criminal charges against our drivers. Eric was able to get the charges dropped against us as a company and reduced to a non criminal fine only charge for the drivers….